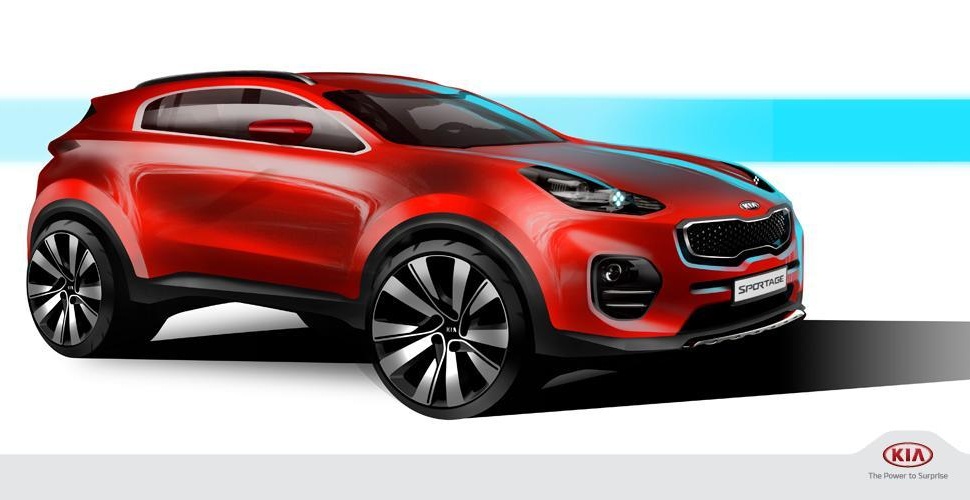 The Kia Sportage crossover was introduced in 2005 with the 2017 Sportage being the 4th generation. If you are in the market for a crossover or SUV, don’t pass by the Kia Sportage.  In JD Power’s study of initial quality they concluded that the Kia brand crossovers and SUVs are after the Porsche and before the Jaguar. Nothing says high-end like being sandwiched in-between those two automotive manufacturers.

The Kia Sportage comes in a base model LX, middle range model is an EX and the high-end model is SX Trubo. The LX and the EX comes in front-wheel-drive (FWD) and all-wheel-drive (AWD). 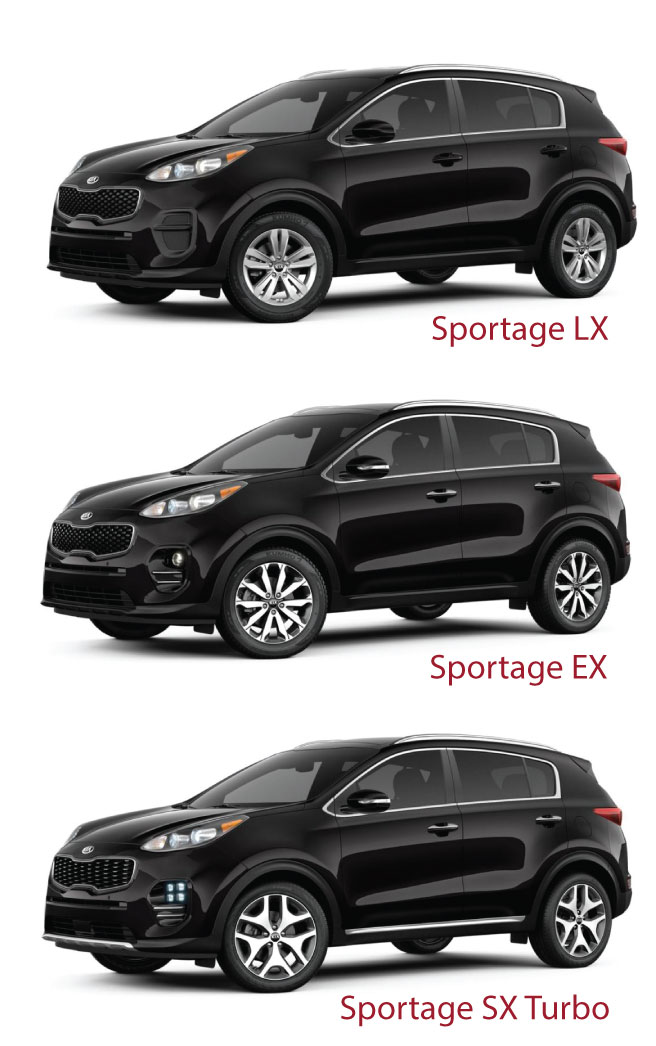 The front-end design has a fluid or sculpted look. It has soft lines and is less boxy like other CUV/crossovers on the market. The higher belt line and a tapered roof gives the 2017 Sportage a muscular sporty profile. The contoured low-profile tail-end is sleek and shows that the Kia German design team was going for a high-end modern looking crossover.

The 2017 Sportage has a newly added automatic lift gate that comes standard on the SX and is optional on the EX. Now when you have your hands full, you can pop the truck directly from your key fob without offloading what you are carrying. The gate easily shuts with a click of a button.

The new 2017 Kia Sportage is now bigger with an additional 17% cargo space. This additional space for your luggage on your next trip in accompanied with additional leg room and headroom in the 2017 Sportage.

Oh, that tiger nose grille!  It has changed significantly with a more expressive front-end. It combines puffy jowls with the reshape of the brands tiger nose grille.The grille resembles something you would see on the high-end Kia Cadenza.  If you like a matte or flat grille finish, the Sportage LX grille is the one for you.  If you are more into a glossy grille finish the EX or SX Trubo will be more your speed. 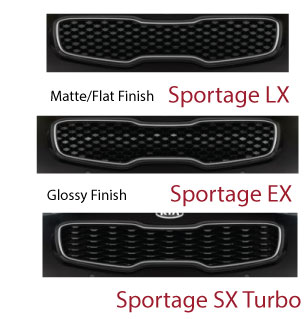 The headlights swell from the front and reach back through the hood similarly, to the Porsche Cayenne. Bi-Xenon steering linked ice-cube tray/quad LED fog lights built into the air ducts available only in the SX Turbo model. 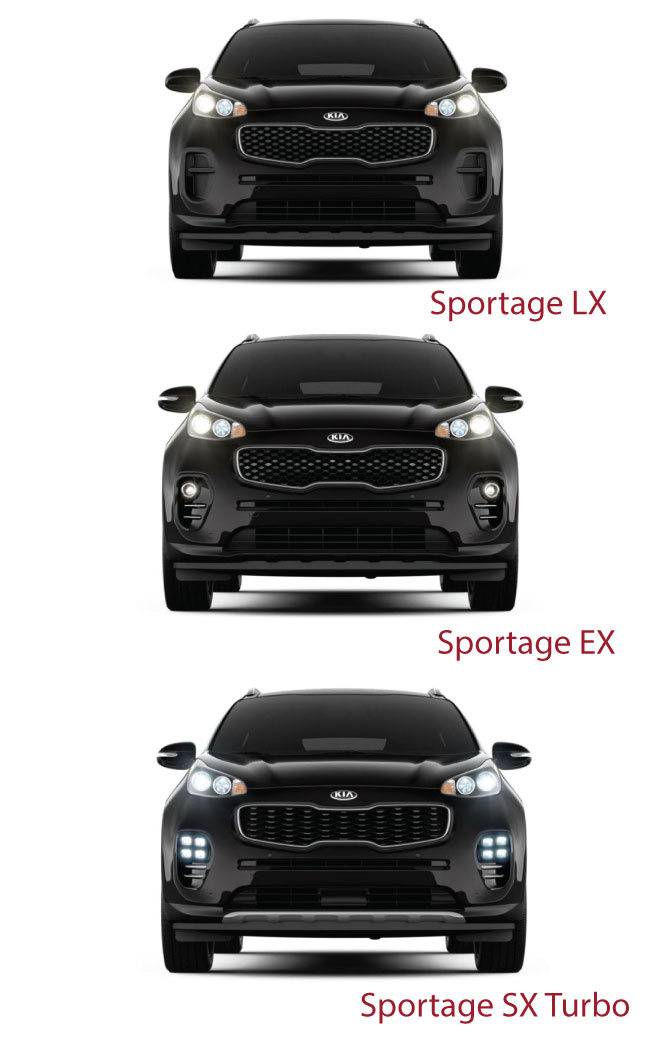 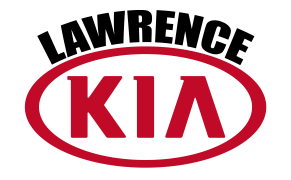