Kia models with UVO have some really amazing security features that every person needs in his/or vehicle. I will be talking about three of my favorite features; Find My Car, Geo Fence and Curfew Limit.
Since Lawrence Kia is located in the Kansas City area and we are all celebrating the Kansas City Royals win of the 2015 World Series, I will make this post fun for the inner baseball fan in all of you. I can think of several ways a Kia with UVO security features would come in handy at the Kansas City Royals Celebration Parade that happened yesterday. First, while I didn’t attend, the images coming from news sources and on the internet are spectacular. Between 800,000 to 1 Million Royals fans were out dressed in blue and cheering for the Royals at Union Station! That is nearly twice as many people that live in Kansas City.

I don’t like crowds, so I passed on this event.  When I’ve been in crowded situations, I’ve lost my friends, my car and my purse. However, with Kia’s UVO security features, I’m thinking I might actually be OK in crowds again. 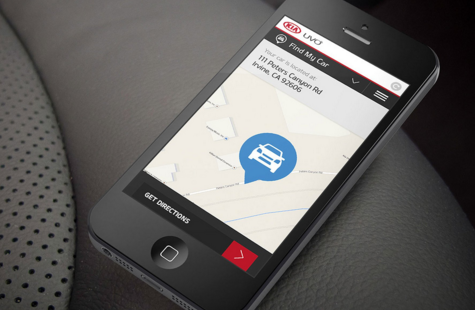 Now imagine being at the KC Royals Parade. You arrived really early 6 AM so you could park your pride and joy 2016 Kia Sorento in a safe spot. This isn’t just any Kia Sorento, this is the SX-L with all the amazing features like leather seats, front and back panoramic sunroofs, leather and wood style heated steering wheel, 4 LED fog lights and it’s black on black. You park and by the time the parade and rally are over, the street where you parked is blocked off and no amount of dropped breadcrumbs are going to help you find your car. Enter the Find My Car UVO phone app, you launch the app and follow the instructions to your Kia.  You are finally reunited with your Kia Sorento baby! 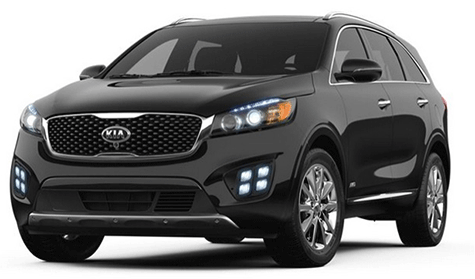 A cool futuristic Kia feature for the Find My Car Kia app, would be to have the car drive to you instead of giving you instructions to the car or SUV.  In my opinion, self-driving cars implies that a person doesn’t necessarily need to be in the vehicle.

Even if you don’t know what GeoFencing is, you probably experienced it and didn’t know it was Geo Fencing.  GeoFences are triggered by GPS (Global Positioning System), Cell Tower Triangulation, Wi-Fi and/or applications. 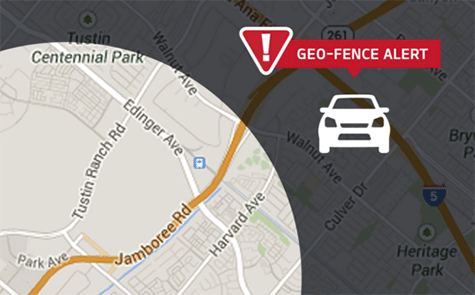 GPS – A GeoFence or virtual area is established based on specific coordinates. When a GPS displays coordinates within the virtual area, a GeoFence notification is triggered.
Cell Tower Triangulation –  this is done through cell phone carriers and triggers a GeoFence alert when a cell tower signal is sent to a mobile device and a location is determined based on how long it takes for that signal to return back to the cell tower. Sometimes this is referred to as pinging.
Wi-Fi/Bluetooth – Wi-Fi devices can join networks and establish locations based on IP address.
Applications – when mobile devices are connected to applications, the applications receive a signal routinely and the communication between the server and mobile phone determines a person’s location.
Here are a few examples of GeoFencing:

Now, let’s go back to the 2015 Kansas City Royals Parade Day with 800,000 people all in one place.  You don’t know these people and while you have faith that Kansas City people are good people (there were only 3 arrests in the KC area during the parade), you want to be on the cautious side. You decided to set-up a GeoFence around the perimeter of where you parked your car. This way, if someone tries to steel Ginger, your Kia Sorento, you will get a text message. It is perfect!

An additional pro of having Kia UVO eServices GeoFencing is it can be used to alert you when your teenager takes your Sorento out for a joy ride!

And the final and favorite security feature on Kia models with UVO eServices is the Curfew Alert. Yes, there is a Kia security feature with the word curfew.  Curfew, the word every teenager hates and every parent loves because it means you don’t have to worry anymore! And if you live in the Kansas City area, there are actual city wide curfews which also helps get teenagers home.

With the Curfew Alert, both the driver and the MyUVO app will receive alerts at the time set! Isn’t technology grand! 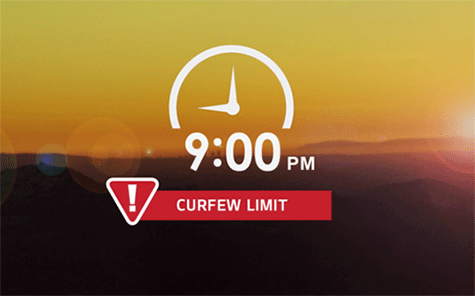 Let’s say that you wanted to go to the Kansas City Royals Parade and your teenager didn’t want to go and didn’t have school since school districts in the area had no classes. Instead of demanding attendance, you make a deal. If your teenager agrees to drop you off and pick you up from the parade, they can use your 2016 Kia Sorento. And to make sure you are not forgotten, you set up a Curfew Alert 2 hours before the parade ends so you are not forgotten about! It is a great application and awesome way to use the Curfew Alert feature!

In my opinion, these are some of the coolest smart features in the Kia models today. And I’m sure in the future Kia Motor’s will come out with more cutting edge, innovative features.

Now for the Lawrence Kia specials reminder!  We are about to launch our 2015 Holiday promotion and it’s epic! If you buy a new Kia, you won’t have to make a car payment for 6 months; around the time the 2016 baseball season starts!  That means you can do all of your holiday errands in luxury and have plenty of money for turkey and gifts! If I didn’t already have a relatively new 2014 Kia Sportage, I would jump on this special!

About the Author:
Anne Kelley is a two time Kia owner who writes for the Lawrence Kia blog. When Anne is not writing for Lawrence Kia, she is at home spending time with her husband and 3 kitty cats. Anne owns a 2014 red Kia Sportage and she loves it!